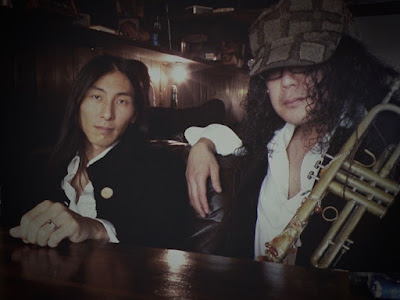 Echolocation :
At the heart of Tokyo resonates a new sound in lounge music. Combining the old-fashioned longing for human performance and a modern penchant for electronic sound, Echolocation puts the live back in lounge with their debut as an ambient jazz duo. After laying out the tracks digitally, bassist Massa Takemoto joins up with trumpet player Tetsuroh Konishi to overlay the human component of this modern mix. The end result is a sound that reflects the metropolitain existence where people and the modern environment blend into a single, mutual existence.  Echolocation Facebook Page 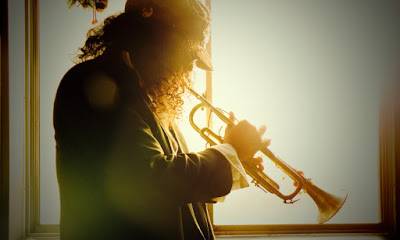 Tetsuroh Konishi (Trumpet):
Influenced by his father, Tetsuroh began listening to jazz during elementary school, where he first took up the trumpet. Eventually he came to be extensively involved with a number of musical projects both in and outside of Japan. In 2006, he ventured on a solo tour in Frankfurt, Germany, and in the following year he musically contributed to a Spanish national television broadcast on Japanese culture. In January of 2010 he performed for the “No Man’s Land” event at the French Embassy in Tokyo as a member of Karesansui Surrounding. In 2012, he performed at the Fukushima Biennale art exhibition, which, in memory of the 2011 nuclear disaster, featured around 80 international musicians artists, including Yoko Ono.  Tetsuroh Konishi Website 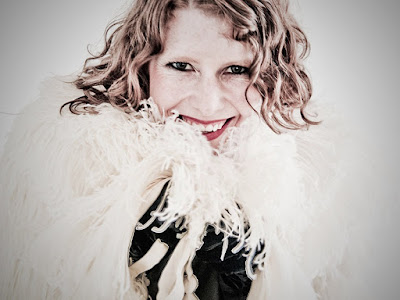 Catherine Fleming (Singer):
With more than 15 years experience as a vocalist in jazz combos and big bands, Catherine has participated in many notable collaborations, including recording in her home country of Australia a CD of original songs co-written with Chris Alexander. She has also worked with Japanese trombonist Mukai Shigeharu, and has performed at Blue Note Nagoya.  Catherine Fleming Website 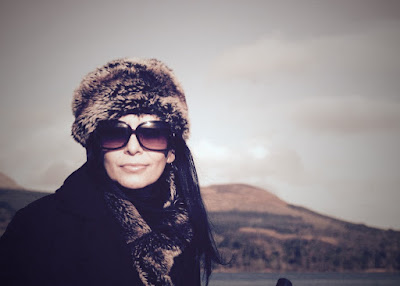 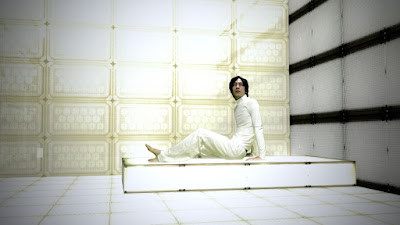 Ippei Nishihara (Movie Director):
Educated in film making in the United States, Ippei Nishihara is an award-winning independent film director and producer whose past achievements include a nomination for the prestigious Student Academy Awards for his short film, "The Dreaming Egg." His involvement with the production of each film ranges covers almost everything from start to finish: screenwriting, shooting, editing, CG production, VFX, and everything in between. Favoring the 'analog feel,' Ippei's style is marked by a sense of minimalism in terms of production and production materials, combined with modern digital processing to create a visual tone that exploits the advantages of both methods of film production. His first full-feature film, a taste of kiss, was completed in 2011 and has since been screened at several movie festivals in Japan. The soundtrack for this movie was created and mastered by Massa Takemoto, with whom Ippei has been close friends since their time as college students in the United States.